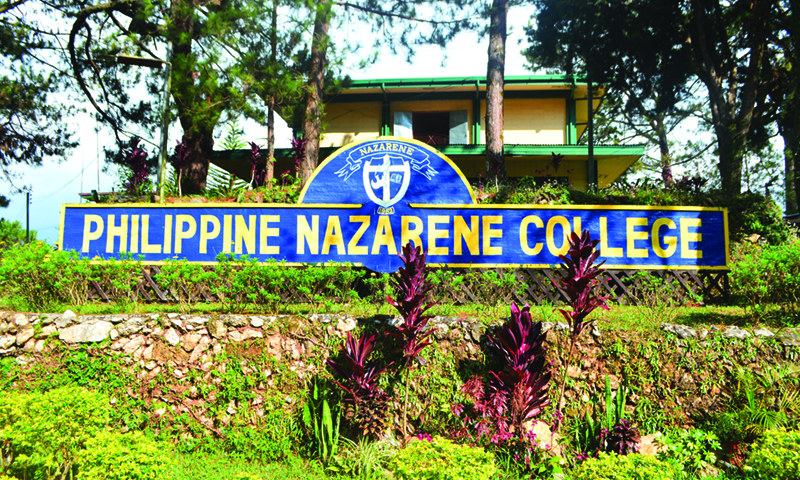 The Philippine Nazarene College has been playing a key role in the growth of the Church of the Nazarene in the Philippines, and to some extent in Asia, through providing the needed training for pastors, and other church workers as seen in the last six decades.

In 1950, the General Board of the Church of the Nazarene appropriated $9,250.00 for a Bible College in the Philippines. (This money was a part of a fund that was raised for a proposed Bible College in China by the Women’s Foreign Missionary Society (WFMS) in honor Mrs. Susan Fitkin, the first president of the society.)

On January 8, 1952, a 4.5-hectare land was purchased along Pico Road, La Trinidad, Benguet on which the building construction began immediately. In August of the same year, the college was officially opened with thirty-seven students consisting the first batch of enrollees. The late Rev. Pattee held the reins of leadership.

The initial academic program of the college offered a four-year coursed with one year of field work leading to a Bachelor of Theology degree. The first graduation exercises was held in March 1957, with seven students graduated with the degree of Bachelor of Theology.

In 1967, the college offered a course leading to the degree of Bachelor of Religious Education, which is an offshoot of the twinning of the existing Bachelor of Theology program.  Four students graduated through this program in 1969.

Although it was granted official affiliation as an undergraduate level theological institution by the International Board of Education, PNC continued to gain recognition. In August 1991, PNC became an accredited member of the Philippine Association of Bible and Theology Schools (PABATS) and Asia Theological Association (ATA).

In 1998, the Commission on Higher Education recognized the Bachelor of Arts in Theology (AB Theology) program. (A slightly revised curriculum under the old Bachelor of Theology (BTh) ). It was also in same year when the Bureau of Immigration granted the college with authorization to accept international students. Furthermore, in 2001, the CHED accorded PNC a recognition for its Bachelor of Science in Religious Education (BSRE). (Which is the enriched adaption of the old Bachelor of Religious Education (BRE) curriculum.) These achievements made the Philippines Nazarene College as the first Protestant evangelical theological institution in the Cordillera that was recognized by the government.

With the aim to expand its academic programs, the college added to its course offerings the Bachelor of Elementary Education and Bachelor of Secondary Education in 2009. These degree programs, after having complied with the standards, were subsequently given CHED recognition in 2011.

With these developments and milestone, the Philippine Nazarene College has still more horizons to explore and challenges to face but as it was in its humble beginning, it will constantly depend on God’s providence and grace in fulfilling its divine mandate.